BANBUTSU SHISEI｜Born from all things: A special blend by Yuta Nakamura 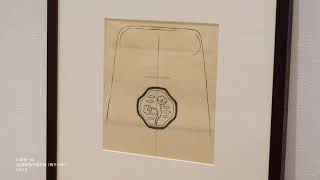 This year, as Shiseido celebrates its 150th anniversary, two exhibitions that reflect on the company’s past and contemplate the world’s future, will be staged at the Shiseido Gallery (Ginza, Tokyo) and Shiseido Art House (Kakegawa, Shizuoka).

In 1872, Arinobu Fukuhara opened Japan’s first privately-owned Western-style pharmacy in the Ginza district of Tokyo, and named his business “Shiseido,” from a passage in the Chinese Confucian classic and divination text the Yi Jing (I Ching or Book of Changes) meaning: “How wonderful is the virtue of the earth, from which all things are born (banbutsu shisei).” In the 1910s, Shiseido moved its business from medicines to cosmetics, developing a diverse range of products and services under its first president, Shinzo Fukuhara but remained committed to the idea embedded in its name: a respect for the environment, for society, and for people that has now underpinned its activities for a century and a half. The question for Shiseido going forward is one of how best to interpret the philosophy of banbutsu shisei in today’s world of very different lifestyles and values.

In “BANBUTSU SHISEI｜Born from all things: A special blend by Yuta Nakamura” at the Shiseido Gallery, we will join artist Yuta Nakamura, who presents works based on extensive fieldwork and reviews of the relevant literature, to get to the bottom of the banbutsu shisei philosophy using material from the company archives. Turning his attention to a document (Tadao Iijima,Ekikyo Kenkyu [A study of the I Ching], Shinano Kyoikukai, 1932) that interprets the phrase banbutsu shisei to mean “something invisible and elusive that comes from the heavens and is received by matter on earth that then generates living things,” Nakamura derived from it the method of “blending.” The larger gallery will blend cosmetics, advertising, and other material from the company’s founding to the early 1940s with the careers of a number of figures associated with Shiseido such as painter Ryusei Kishida, potter Kenkichi Tomimoto, and architect Wajiro Kon, correlating the connection between this era and Shiseido alongside Nakamura’s own creations. The small gallery meanwhile will display works by Nakamura using a glaze blended from the remains of camellia seeds, which are used as a raw material in the manufacture of cosmetics. During the exhibitions there are also plans to hold thought-provoking talks and other events addressing issues such as the relationship between art and science and sustainability. By incorporating this “blending” into his practice as a method of art production, Nakamura will throw into relief the concept of banbutsu shisei on multiple levels.

We hope this attempt to unravel the banbutsu shisei philosophy pursued by Shiseido over its 150-year history and experiment with different approaches to the idea of blending will serve as inspiration for creating the world of the future.

*The Shiseido Art House will present “Shiseido, Ginza and The Camellia” from January 25 (Tue) to April 8 (Fri) 2022. Delving into the birthplace of the business, Ginza, and the camellia flower, both closely linked to Shiseido’s corporate image, the exhibition will feature a carefully curated collection of artworks, art-craft items, cosmetics, and material such as pamphlets from the company archives that trace the transformation of these two images still integral to the company today, and showcase one aspect of a Shiseido aesthetic cultivated by art over the company’s history.
*For more details see the Shiseido Art House website.

*Please note that admission may be restricted to prevent the spread of Covid 19.

Born in 1983 in Tokyo, based in Kyoto. Received his PhD in art in 2011 from Kyoto Seika University, where he is currently a Specially Appointed Lecturer in the Department of Fine Arts. He is engaged in the production of tiles and other ceramics from the viewpoint of “craft on the periphery of folk art and architecture.” Recent exhibitions include the 20th Biennale of Sydney (2016), Aichi Triennale 2016, “Willow Festival, Little Willow Festival” (Gallery Koyanagi, 2017), “MAM Research 007: Sodeisha – The Dawn of Contemporary Japanese Ceramics” (Mori Art Museum, 2019), “What’s in the Vase?” (The National Museum of Modern Art, Kyoto, 2020), and “Round Persimmon, Dried Persimmon” (Takamatsu Art Museum, 2021). Co-author of Out of Mingei (Seikosha, 2019).

Materials from the Shiseido archive

To commemorate our 150th anniversary, Shiseido released "Banbutsu-Shisei LIFE DEW” in Japan, a limited-edition oil serum with a new sensation that is delivered by the combination of natural ingredients and Shiseido’s expertise in science, on Friday, January 21, 2022.
For more details see
https://www.shiseido.co.jp/cms/beautiful_me_journey/lifedew/product/  (Japanese only)