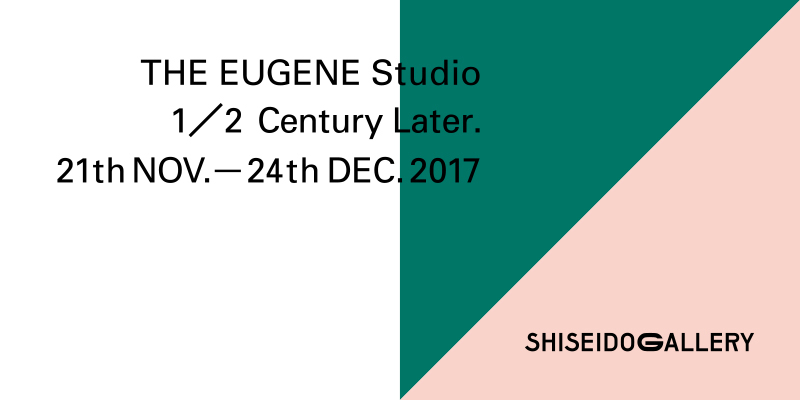 The Shiseido Gallery is pleased to announce the exhibition “THE EUGENE Studio — 1/2 Century Later,” which will run from November 21 (Tue) through December 24 (Sun). THE EUGENE Studio is a completely new artist team focusing on contemporary art that pushes the conventional boundaries outward toward the creation of the next society. Along with design groups like teamLab and others, THE EUGENE Studio’s Japanese artist team has been garnering worldwide attention, its activities arguably establishing a new 21st-century image of what it is to be an artist.*1

For this exhibition, THE EUGENE Studio presents an installation of previously unseen works based around the motif of “1968,”*2 and the exhibition title “1/2 Century Later” refers to “the half century since then” (as well as “the half century from now”). THE EUGENE Studio has been exploring fresh new images of the future that “we of today” can create by connecting with today’s reality and contrasting such images with our previous images of the future. This exhibition space features a large glass-sheet installation piece on the motif “the legacy of ‘future images’ drawn by the stories of the past,” and around this are arranged works that reflect the next future.

The futures these artists have contributed include: the 2D work “Agricultural Revolution 3.0,” which depicts a tranquil life in which biotechnology and agriculture have merged; portions of a script and sketch board for a story about an artificial intelligence agency; and “White Painting,” a work central to this exhibition and created through a collective method that adopts the structures characteristic of the social media era to convey small hopes for the new globalization. The legacy of “future images” from the past half-century come face-to-face in the gallery with the start of the new yet contiguous future in which we are living now. Visitors may get to experience the feeling of a new society as this refined worldview resonates the spectacle of the exhibition space. This is to perceive the values of the new future as illuminated by art along with the progress of 21st-century science and technology, and it is also the experience of expressing this in words.

In recent years, THE EUGENE Studio has drawn on research and conferences featuring participants from Cambridge University, the 21st Century Museum of Contemporary Art, Kanazawa, OMA NY, and others, and these feature in the biotechnology and agricultural themes in “Agricultural Revolution 3.0.” It has also collaborated with science fiction writer Ken Liu (winner of three of the most prestigious American science fiction awards), and it has been expanding its international presence to include full involvement in film production.

Even as it takes an active look back on the history of art itself, art history and the circumstances of the past, THE EUGENE Studio also continues to renew the map of that “contiguous future,” in which the past and the present alike find connection, by purposefully involving itself in today’s real society through a multifaceted sphere of activity, including participation in cutting-edge R&D in fields like artificial intelligence, urbanization, and biotechnology. It can be said that these are the kinds of activities which, even while embracing the conceptual creativity, contextuality and forms of pure contemporary art, will be truly instrumental in creating the next actualities in society.

Shiseido takes as its mission to inspire a life of beauty and culture, and through the activities of the Shiseido Gallery we connect the new values of society to inspire our lifestyle and culture by sharing images of the future as reflected in the new art of each era. We hope this exhibition will stimulate as many people as possible to begin updating their own maps of the future.

*2 1968, the year of Stanley Kubrick’s film 2001: A Space Odyssey, and Philip K. Dick’s science fiction novel Do Androids Dream of Electric Sheep? (the basis for the movie Blade Runner), was the year which saw the definition of many of the emblematic future images that remain with us today, extrapolated from developments in science and technology at the time.

THE EUGENE Studio, based in Japan, is involved in installation works centering mainly on scripts and screenplays, as well as planar and video works. It has been involved in projects at the Serpentine Gallery in London and domestic exhibitions in Japan, and most recently has garnered attention both in Japan and abroad for collaborations with writer Ken Liu (winner of three major U.S. science fiction awards), as well as collaborative research in fields like artificial intelligence, urbanization, and biotechnology. Founder Eugene Kangawa was born in the U.S. in 1989.

A three-member discussion among two of media editors representing the Japan’s cultural scene and THE EUGENE Studio founder Eugene Kangawa.